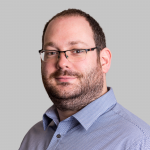 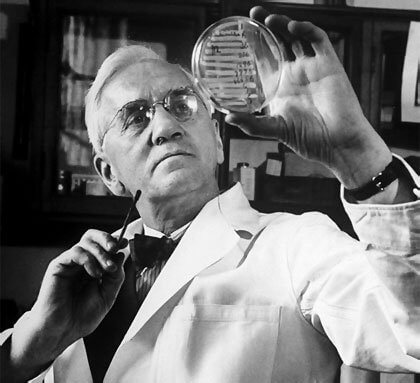 During World War 1, Alexander served in the Royal Army Medical Corps where he studied infected wounds within makeshift labs. It was at this point Alexander discovered that the current medical practice was in fact worsening the situation. Following his return to Bacteriology at the University of London in 1928 as a professor, Alexander’s early discovery occurred while he was suffering with a bad cold while at work (there’s always one in the office). Rather than having a hanky at the ready, some of the mucus dripped from his nose onto a bacteria culture, killing the affected bacteria, starting a new field of science!

Following a well-earned break with his family, Alexander found that one of his Staphylococcus Aureus cultures had been contaminated with mould, with the boundaries of the mould having destroyed the bacteria. He later said, while commenting on this, “On September 28, 1928, I certainly didn’t plan to revolutionise all medicine by discovering the world’s first antibiotic… But I suppose that was exactly what I did.”

TBAT Innovation was contacted by Alexander at this point as he had heard about R&D Tax Credits from a friend. Knowing he had done some clever stuff, Alexander wanted to know if, or what he could possibly claim. While visiting Alexander at his University owned lab the TBAT consultants had to give him the bad news that, because the work was for the University, R&D Tax Credits were not applicable. Nevertheless, this didn’t put TBAT off from helping Alexander strive forward.

By creating a spin-off company, outside the University, TBAT were able to find grant funding and external investment. Furthermore, TBAT still undertook an assessment of the work to be undertaken for R&D Tax Credit purposes. For R&D Tax Credits purposes the work was:

From the review of future R&D Tax Credits, project budgeting could be undertaken far more accurately, which allowed Alexander to confidently predict costs – seeing that many expenses were reduced by up to 33%. Because of this, business confidence was encouraged, and Alexander then attempted to further his “Mould Juice” (a prime example of scientists rather than marketers creating names) and hired two more young researchers.

Sadly, Alexander’s team were unable to purify the Mould Juice, renamed “penicillin. Even still, by collaborating with TBAT Innovation, Sir Alexander Fleming was able to claim Salary, Materials, and Sub-contracted costs even though the project failed.

You can find out more about what R&D activities within the medical sector qualify for R&D Tax Credits here.

If Alexander Fleming was still involved in medical research and development today; working on revolutionary new medicines, or medical devices for drug delivery; there would be a huge funding landscape available to him from Innovate UK, NIHR and Horizon 2020; for example, these competitions are all open now: 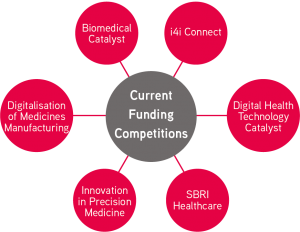