Can I include intangible assets in a R&D Tax Credit claim? 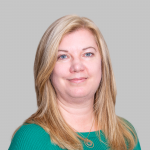 You're here › Home › Blog › Can I include intangible assets in a R&D Tax Credit claim?

Business owners often assume that their R&D Tax Credit claims can only include the expenses shown in their P&L account, forgetting to consider the Intangible Asset category on the Balance Sheet. However, development costs that have been capitalised under intangible assets can also be included in your claim, if they fulfil the R&D claim criteria. By excluding them you could be missing out on claiming the R&D uplift of 130% of the cost!

Intangible assets are often a poorly understood category and are frequently left for the accountants to work their magic on, when preparing the year end accounts. This can lead to them being overlooked when identifying the R&D costs for a claim.

If your company is involved in R&D, the costs can be broken down into a Research phase and a Development phase. The Research phase of an internal project is the first phase where you’re evaluating and obtaining new knowledge, but no evidence yet exists of future economic benefits. The research costs are always expensed to the Profit and Loss Account.

The Development phase follows on from this and can include designing, construction and testing of pre-use prototype and designing the tools involving the new technology.

If the development work fulfils the criteria defined in FRS102 section 18, it can be recognised as an intangible asset, or expensed to the P&L, you have a choice of policy to adopt!

So, what does this mean to you and your R&D Tax Credit claim?

When it comes to completing your tax return and R&D claim, any eligible development costs can be included in the claim regardless of whether you have included them in the P&L or as an intangible in the balance sheet. If you chose to capitalise as an intangible asset, the accounts will show the cost over several years spread over the life of the asset as an annual amortisation expense. However, you’re still able to take the full cost in the year of expenditure in your tax computation. If identified as R&D eligible, an additional 130% of the cost can also be deducted from your profits in the tax calculation.

The table below shows the different scenarios for the R&D claim. As you can see the tax savings on the R&D claim are identical whichever treatment you chose for the development costs:

Why would you want to capitalise the development costs as an intangible?

As you can see in the example table above, by including the cost as an intangible asset you’re increasing the value of the overall assets on your balance sheet. You’re also excluding the cost from the P&L and so the profits will be higher. This can create a healthier picture to viewers of the accounts. With other tangible or intangible assets, the drawback of capitalising an asset can be that the tax is higher in the year of purchase. However, with Development costs, as the intangible cost is still allowed as an expense in the tax computation, capitalisation has no impact on the tax payable.

Our R&D Tax Credit team are experts in their field of science and technology, as well as R&D Tax legislation and HMRC requirements – making them able to build comprehensive financial and technical reports.

If you’d like to discuss your R&D Tax claim with our Consultants, or to get more information on the schemes available and how to utilise Intangible Assets in your claim, please get in touch with us.

You can calculate how much your claim could be worth by using our online R&D Tax Calculator.

Select your number of employees below to get started now

Get in touch and
speak to one of our experts