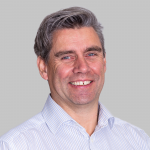 It’s that time of year again – HMRC have released their yearly R&D Tax Credit report, detailing the breakdown of the most recent years claims!

Over £35 billion has been spent by businesses all over the UK and identified as being eligible R&D expenditure for claiming R&D Tax Credits. This has resulted in over £5.3 million being paid out to the 57,335 businesses that have made a R&D Tax claim for financial year 2018-19; with the total value estimated to rise to £6.3 billion once all claims have been processed. 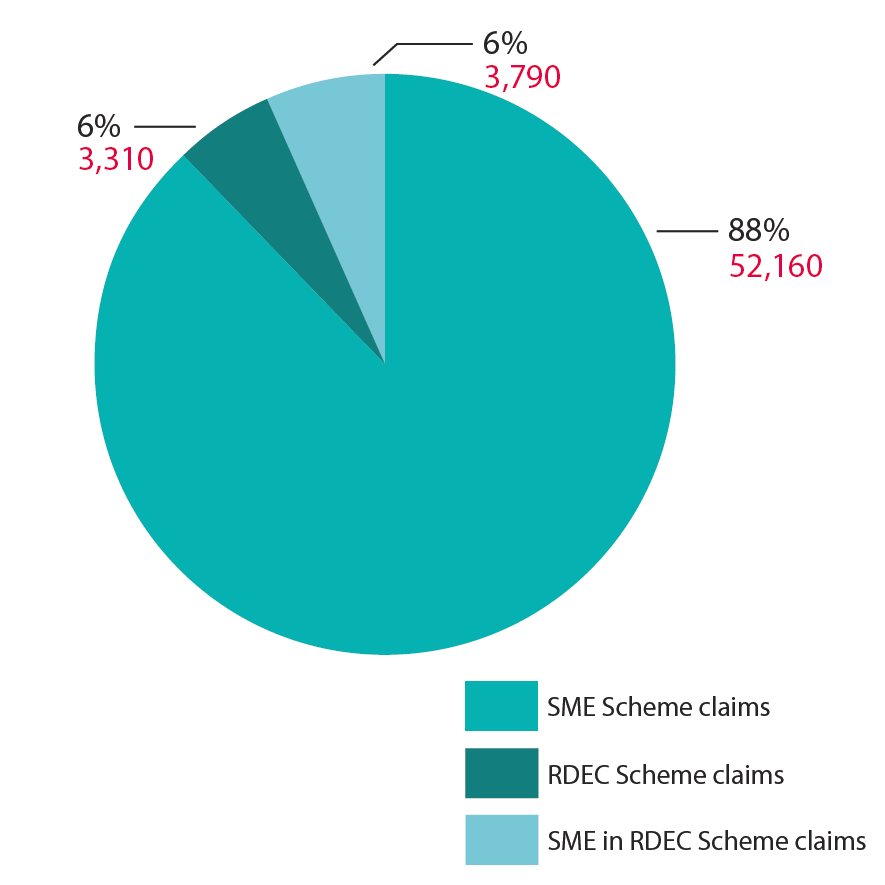 Let’s look at a breakdown of both the SME Scheme and RDEC Scheme statistics, looking at how many claims have been made, how much has been claimed and by which industry sectors!

The total amount of claims is due to rise as more claims are made during the 2-year retrospective claim period. In previous years, the number of claims has increased by 17%-20%, meaning the total claims for financial year 2018-19 could be around 70,000!

How much has been claimed? 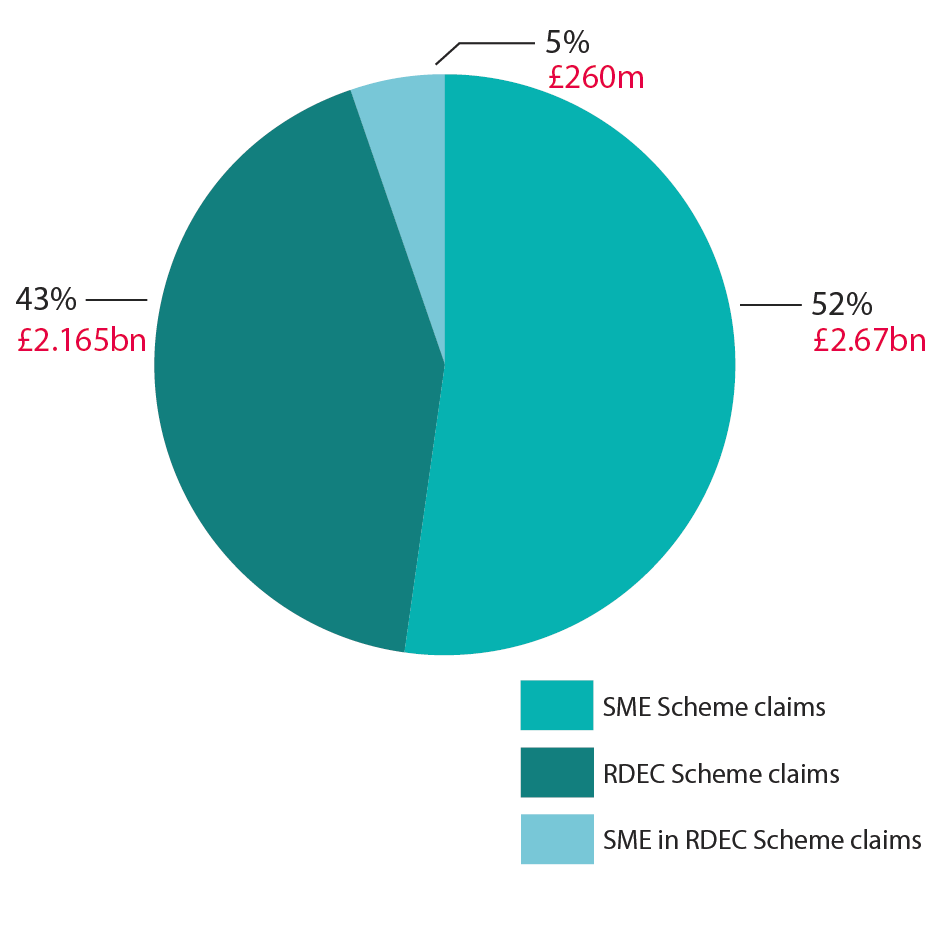 The £5.3 billion of R&D Tax benefit received is split between the same 3 categories:

Within the current statistics, the average claim for a SME Scheme claim is £57,000 – reflecting a similar average from the previous year. 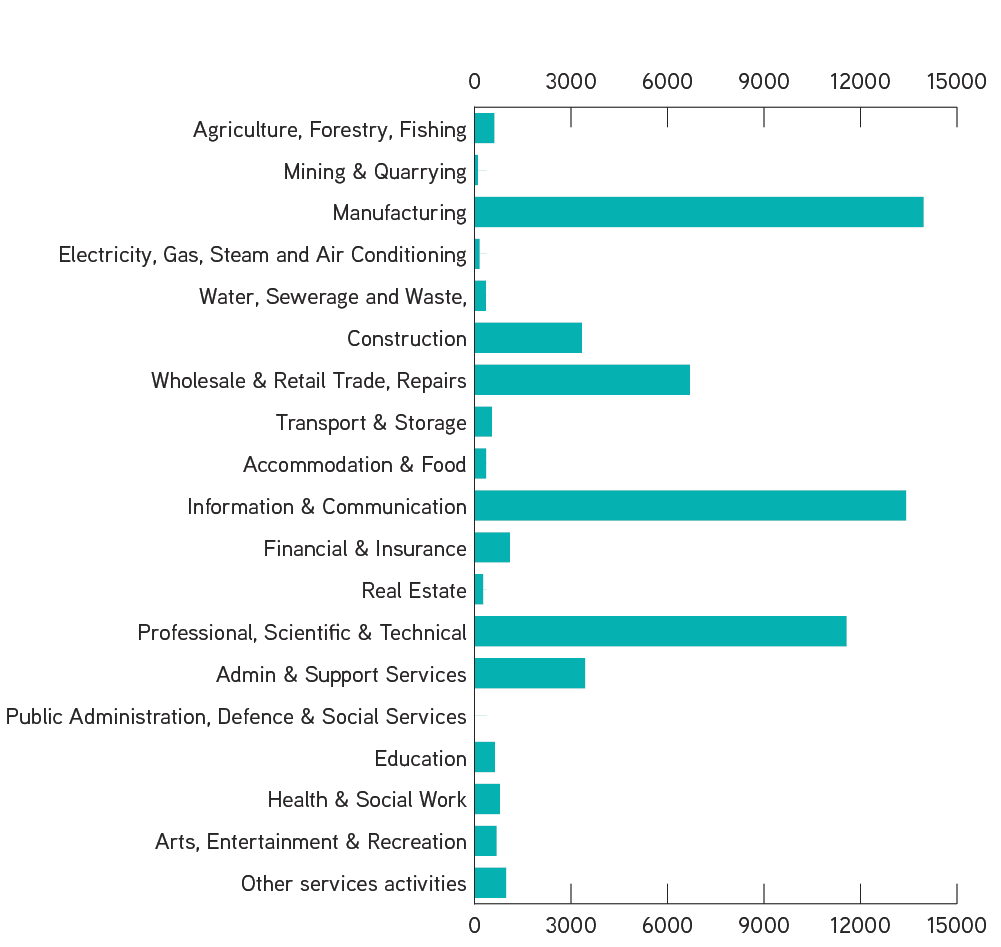 The statistics show that there are 3 industry sectors that have made 67% of the R&D Tax Credit claims for 2018-19:

By claim value, these 3 industries have also claimed a huge 71% of the £5.3 billion tax relief.

Following the top 3, the next 4 largest claimant sectors are:

We’re thrilled to see that so many UK businesses, across a variety of sectors, are recognising the benefit of claiming R&D Tax Credits for the R&D they’ve performed and making the most of both schemes available.

As with previous years, the number of new claimants is expected to grow as more claims are made. It’s anticipated that the total will reflect the growth from previous years.

Have you made a claim yet?

With an increasing number of businesses claiming R&D Tax Relief, year-on-year, which is expected to continue, now is the perfect time to check whether your company is also eligible to make a claim.

You can check how much your claim could be worth, by using our online R&D Tax Credit Calculator!

Alternatively, you can get in touch with us using the form below.

Select your number of employees below to get started now